When it comes to classic games, there are a few from my youth that always make me smile, One of this games is BattleZone. As all time classic games go, Battlezone is one of those classic games that in my memory will always live on for its fantastic moments of oh shit and I WON! IT was good simple tank combat, and one of my all time classic favorite games. Now thanks to Rebellion im going to get the chance to go back and play this classic remastered again.

After Rebellion®‘s TIGA Award-nominated remaster of Battlezone® (1998), many fans of the pioneering FPS-RTS hybrid asked for its acclaimed sequel, Battlezone® II: Combat Commander, to receive the same treatment.
Developed by Big Boat Interactive and published by Rebellion®, BATTLEZONE® COMBAT COMMANDER remasters Battlezone® II with slick new visuals, mod support for the game’s two-decade old modding scene, cross-play online multiplayer between GOG & Steam for up to 14 players, achievements, cloud saves* and more.
A mysterious alien force threatens humanity itself. In this galaxy-wide war, you are in command of the resistance. Leading from the front, you take to the battlefield in thrilling first-person combat, piloting futuristic, customizable war machines including hover-tanks, colossal mech walkers, lightning-fast mortar-bikes and more.
But you don’t just fight from the front – you are in total command! A gripping singleplayer campaign will test your mettle as you learn to plot strategy, construct bases, form your armies, deploy defenses and call in airstrikes. Achieving victory is no mean feat in this remarkable blend of classic real-time strategy and first-person action. To save humanity, you must prove yourself a true combat commander!
BATTLEZONE® COMBAT COMMANDER is coming to Steam & GOG.com in 2018.
Ahead of launch, fans can sign up for a chance to be a part of the game’s closed beta at rebellion.com/bzcc 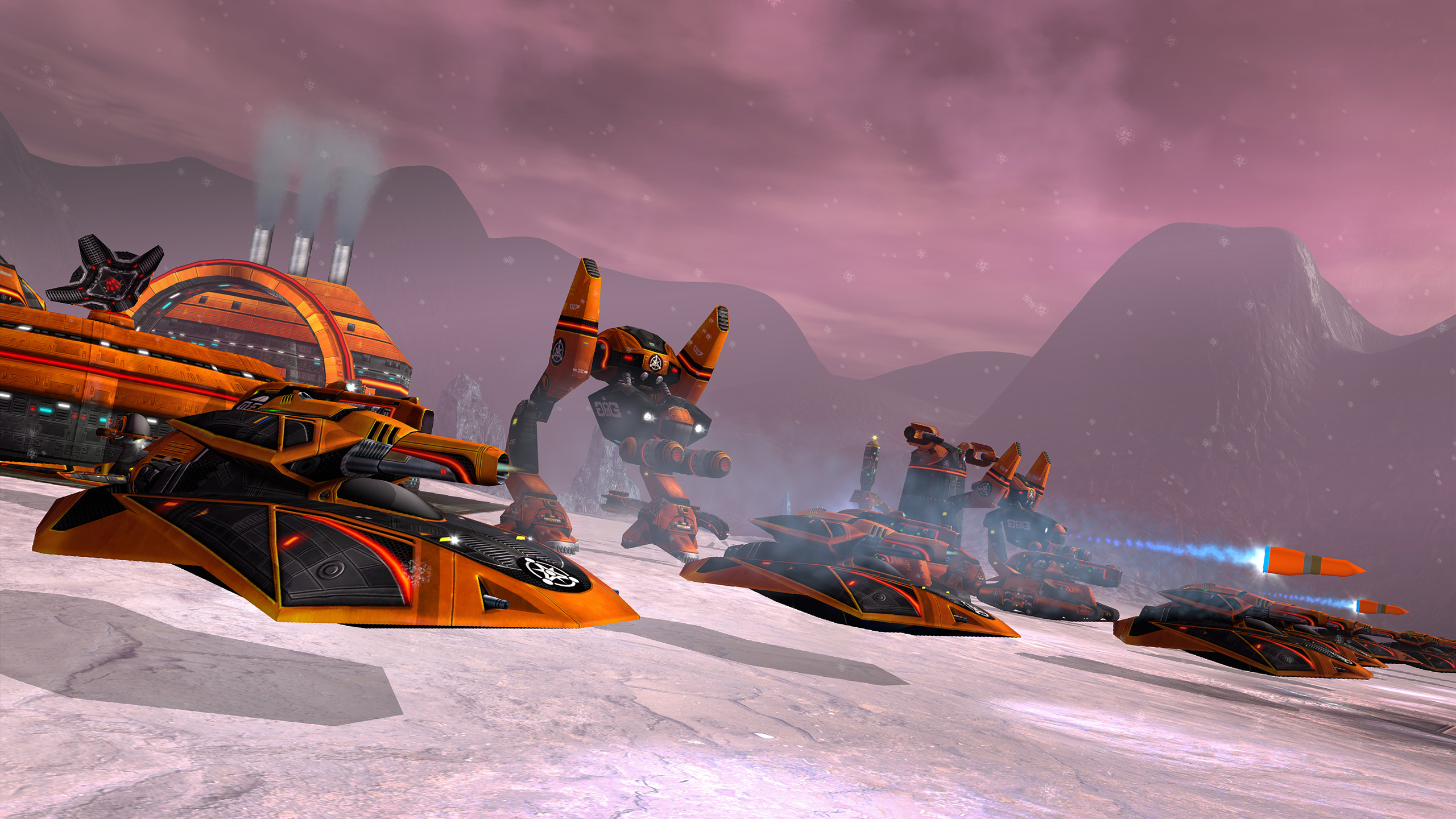 PlayStation Conference a bit off.