Look, I know what your saying. “Soul’s like games suck, and were tired of them, even worse its on Kickstarter?” Well listen you, just give the game a look before you give up on it at least. Its Kickstarter is still early on, but has plenty of steam already. So check out the video below about building one of the games massive enemies, and go download the demo on their kickstarter page.

The Caniptei were brought to life by Massive Work’s incredibly talented art team, led by Alex Oliver — who has worked on Blizzard titles Diablo and World of Warcraft. They knew they wanted the creatures in DOLMEN to be original and hair-raising, but still share a resemblance to more classic science-fiction and Lovecraftian monstrosities. Inspired by Spielberg’s dinosaurs in Jurassic Park and the complex, visually-striking beasts from H.P. Lovecraft, the team began drawing up what would be the Canipteis, the creatures with the most substantial presence in Revion Prime.

The Caniptei workers are relentless in their devotion to the Queen and will stop at no end to ensure the safety of her and the nest. These vile creatures have the appearance to match their attitudes, boasting fangs and claws sharp enough to tear steel; their long, repulsive tongues act as one of their few vulnerabilities. It is in the player’s best interest to defeat a Caniptei worker quickly before a horde accumulates.

Who (or what) is more fitting to be the first boss enemy in DOLMEN than the Queen Caniptei herself? The Queen is a unique enemy boss in that she enforces her gross regality by commanding her children (the Canipetei workers) to handle most threats for her. She isn’t entirely defenseless, however, as once she’s threatened enough to attack, she makes use of her devastating tentacles that can crush and impale those who invade her territory. The Queen Caniptei draws inspiration from creatures such as H.P. Lovecraft’s Cthulhu and legendary Norse monster the Kraken. The Queen is only one of the many wonderfully terrifying monsters waiting to test the boldness of players. Stay tuned for more as we unveil additional behind the scenes updates throughout DOLMEN’s Kickstarter campaign. 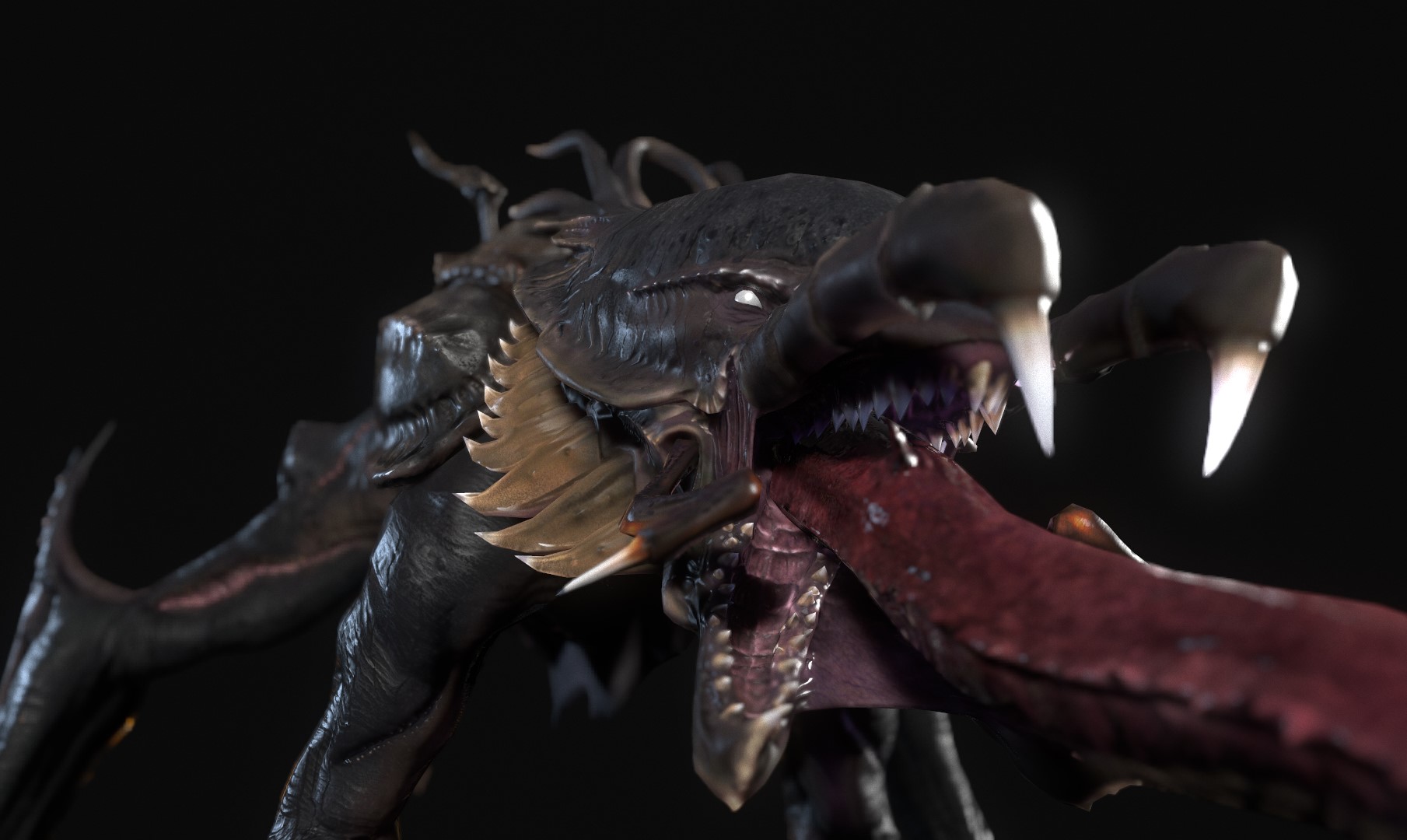 View the DOLMEN: Creation of the Caniptei and their Queen video here:

Fruit Ninja just got an upgrade.