I am fresh off a weekend of awesome Anime at this year Anime Central here in Chicago Illinois, and of course since its a connection, we got ourselves a whole batch of announcements from the various companies that bring anime games from Japan over to the US. One of which is of course Sekai Project, a publisher and licensee of Japanese new media and electronic entertainment today announced during their live panel at Anime Central 2018 in Rosemont, IL two brand new projects.! At Anime Central they announced two new games, My Girlfriend is a Mermaid, and Sumire, both of which are visual novels, and the first of which is coming to the Nintendo Switch!

My Girlfriend is a Mermaid!?

My Girlfriend is a Mermaid is features the story of a protagonist who lives out in the city but one summer decides to return to his rural hometown and it is there he once again meets his childhood friend, Ion… who is now a mermaid!? Soon after he also meets Petakko, a mermaid who has lost her memory and Rin, a priestess who looks after mermaids but also has a split personality. It is these encounters that brings our protagonist in contact with the legend surrounding mermaids. Together with Ion, who is at the center of this mysterious legend, as well as Petakko and Rin, our protagonist’s strange summer vacation begins. My Girlfriend is a Mermaid!? is the first new release from Sekai specifically targeting the Nintendo Switch platform. This version features enhancements over the original mobile version including new scenario content, Live2D animation and a new opening theme sung by the three main heroines of the game. 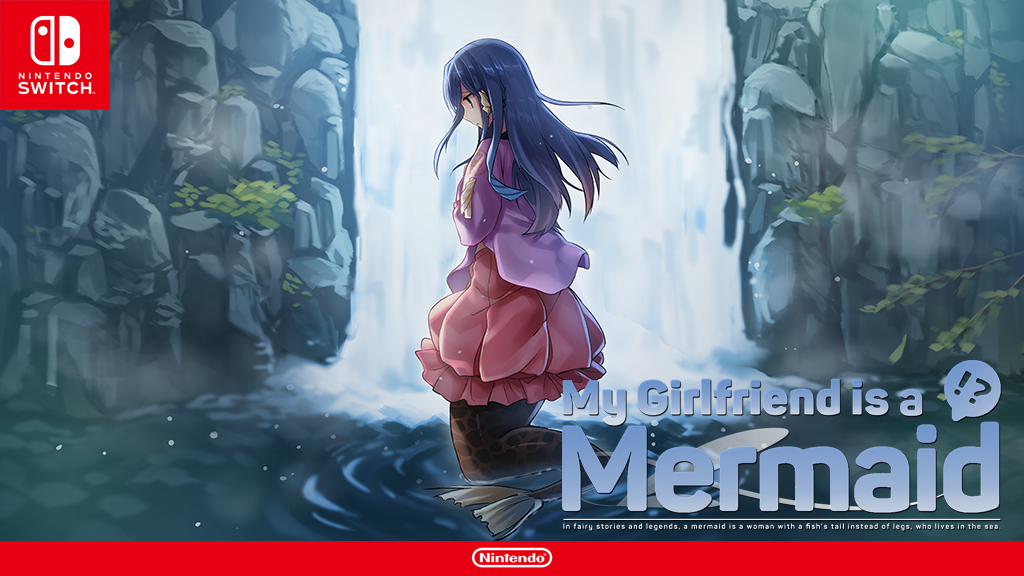 But, that wasn’t all! Sekai also showed something that we had never seen before, a brand new VN, fresh from Japan called Sumire!

The story of Sumire focuses on “Ken-chan”, a protagonist who uses this online handle in a social network known as Galge Gakuen, a place for lovers of galge, games that feature bishoujo/pretty girl characters. While he was more interested in online games and galge in the past, his interest has waned greatly as he got older.  Nevertheless, he still logs in to talk to his net friends, Tae and Pink. While they used to talk only about things like galge, as he gets closer to them, they begin to talk like close friends would but only do so online as it’s considered taboo to inquire about their real selves. But a chance encounter with another denizen of Galge Gakuen in real life leads to the four of them meeting each other in real life and thus begins their story. Sumire is a visual novel by Nekoneko Soft and was released as a 15th anniversary project for the company and pays homage to their earlier titles. Famous for their Narcissu series, fans of their work will definitely enjoy this title which celebrates an illustrious run as a game developer. 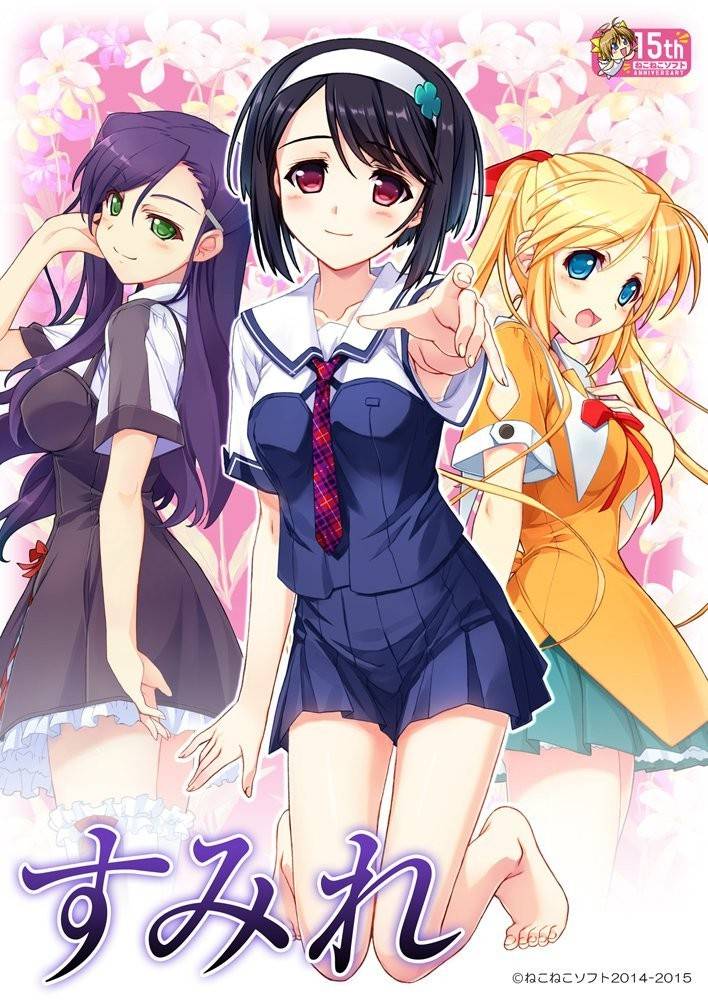 Sentai Filmworks to Premiere No Game, No Life Zero in September 2017